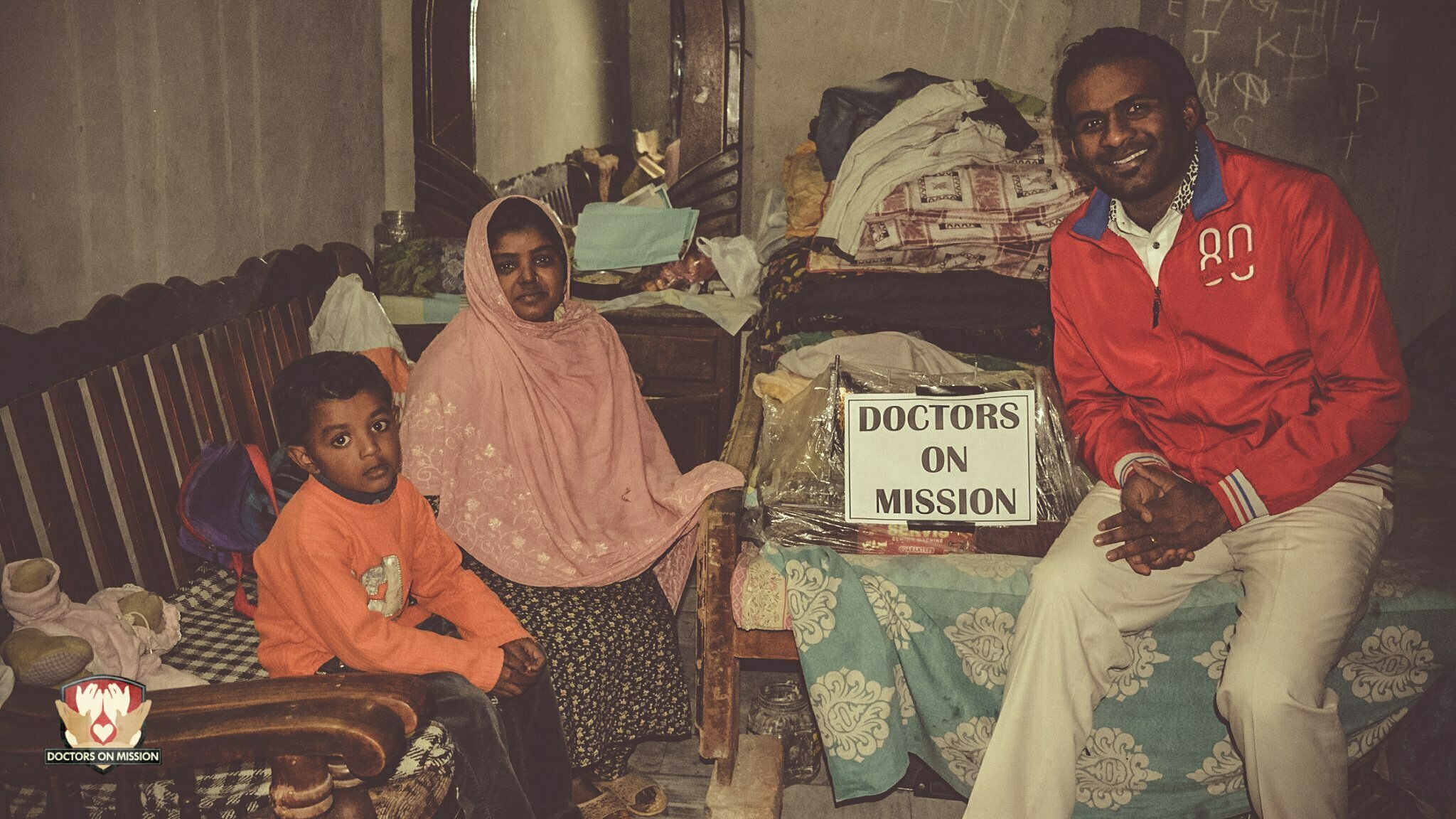 We have all heard it. God’s ways are higher than ours, sometimes even incomprehensible … He wants to use every one of us who opens themselves to Him and is willing to take action in word and deed.  This is true for all of us.

My plan was to gradually close the ministry in Northern Pakistan, but God knows the immense needs of this 6 million-strong Christian minority. He knows that they receive little or no help from outside as there are virtually no missionaries or ministries that can be found there.

When I came back from Bolivia, it became obvious that we wouldn’t be able to get into Haiti because of ongoing violent protests in the streets due to National elections. There were mutual  accusations among political parties regarding corruption. But also the “white men” were sometimes accused: “Why did they promise billions of dollars and never send it?” We can only guess what has happened with the money that has been sent to Haiti because of the Earthquake. One thing is certain: they laugh about this in the regions where I work.  A reminder for all of us to give with much more discernment!

I remember very well the days during the earthquake and after. We were doing the impossible in the Christian orphanages and later in many faraway villages. The situation was almost unbearable. Then came the Cholera epidemic and then Hurricane Sandy went over the Island. All of the time, I felt a huge frustration, hearing about these millions of dollars that were supposedly poured in the country while I had just a few dollars in my hand and having to choose whose child’s life I could save and who I couldn’t because of not having enough. We were supposed to do everything with almost nothing.

It wasn’t any different during the Super Typhoon Haiyan in the Philippines. We received no real additional income for our work, except for a few friends of this ministry had been touched to give more at that time.

Back to Pakistan… since I wasn’t able to go to Haiti, I was able to monitor the many emails coming from Northern Pakistan about the ongoing persecution and their immense needs. In that region, our brothers and sisters are being persecuted and exploited daily because of their faith. Their persistent cries for help have brought me once again off from my normal schedule. Before I realized it, I was again deeply involved in helping the persecuted there. This, despite my earlier efforts to phase out this help as I became too overwhelmed by their needs and already had a more than full-time job with Haiti and Bolivia, and not even enough financial aid or partnership  for these countries.

There was for example Rabica, a 9-year-old Christian girl. Many have followed the story on Facebook. She was in a terrible way violently (sexually) assaulted and then thrown into the fire … where she was completely maimed. The photos that my team sent me were so horrible that they were not suitable for publication. Even as a doctor –and I think I’ve seen just about everything–the images were downright awful. I don’t think I’ve ever seen such a terribly mutilated child in my life.

Make a donation today to continue to help make a difference in lives like Rabica.

A “campaign” was initiated through Facebook and fortunately we were able to have sufficient funds within 48 hours. We could give Rabica eventually all the care she needed and she miraculously survived! What’s going to happen with her in terms of rehabilitation is still a mystery for me, but I know it’s in the hands of God.

The story of Rabica is typical. She worked as a slave at the local furnaces to bake bricks for the Muslim “lords.” She did so together with her parents, three brothers and two sisters like almost all the Christians there.  As she was a beautiful child of God, she was observed, taken away and raped violently and then thrown in the fire. There are just no words to describe this and to even start to understand the suffering of such a tragedy.

The work in these “factories” is very hard with extreme long hours, often only one meal a day and even the outside temperature in this flat region, on the western foothills of the Himalaya raises easily above 100 degrees Fahrenheit. Imagine the temperature at the furnaces. Also of course no electricity, air-conditioning or ventilation.

Often, they are up to their knees in the mud making kind of “pre-bricks” from clay that are then first dried in the sun and baked in the furnaces. It was in one of these furnaces that a Christian couple was thrown alive after the 26 year old young woman – a mother of three children – had cleaned the cottage of her deceased father in law. When she burned a fire to get rid of all the dirty stuff, a neighbor saw (we even can’t be sure if this was real) that also some pages from the “Koran” were burned. This was enough to be accused by all Muslim neighbors. A large group of Muslims came to their house and they were dragged out of the house and thrown in the furnace where they were burned alive. People of our team and others were able to rescue the life of their three children–who were at school at that time–and are now on a secret location.

Then there was the cry for Saima, a 10 year old girl who became blind after experiencing a severe typhoid fever. Typhoid can — if left untreated — cause blindness. But there is hope. Saima can regain her sight if surgery can be performed. This, too, has its cost. Approximately $1,200. And Saima comes from an extremely poor Christian family. It’s Saima’s dream to see the world and the people around her again. She also wants to go back to school. Together we can restore the sight of Saima!

And so one single serious case comes after another from Northern Pakistan. In addition to this, there is the general health needs, such as the severe drought these days in the Sind Province where currently dozens of children from the Thar population are dying of dehydration. We also find among this population Christian brothers and sisters of ours. It’s a fact that our organization, despite being very small, is almost too quickly too well known in the wider area wherever we launch activities, which brings to us even more needs.

Saima, who has two sisters and one brother, comes from a very poor family because her father is disabled too and needs a wheelchair like many. The need for wheelchairs is tremendous, so big that we started a “wheel chair” project as well. It’s about $300 for a wheelchair and we can get them on-site within 24 hours.

The reason for all this is that the Taliban law prohibits vaccination against Polio and therefore there are many cases of polio. Children sit their whole life in a corner of their hut…if they survive.

Thanks to our partnership with 3 local different ministries we have already provided many wheelchairs to children and adults who had been waiting all of their life.

We also have been able to purchase dozens of sewing machines for mainly young widows who lost their husbands in the horrors of war, persecution and martyrdom. This way, these women provide for themselves and their children and they have new hope. Many Christian villages are requesting to open “Sewing Centers.” A sewing machine costs only $40 and the idea is to put the women together so that they can learn from each other in the meantime.

By blessing all this people, we can give them all our love, touch them with God’s Word and offer them new hope and new life in Jesus.

Rik & all the Doctors on Mission teams.